I have zero emotional attachment to the lottery. I don’t hope I win, and I don’t feel regret when I lose. For me, buying a lottery ticket is about as interesting as paying a parking ticket; and yet I buy lottery tickets anyway. 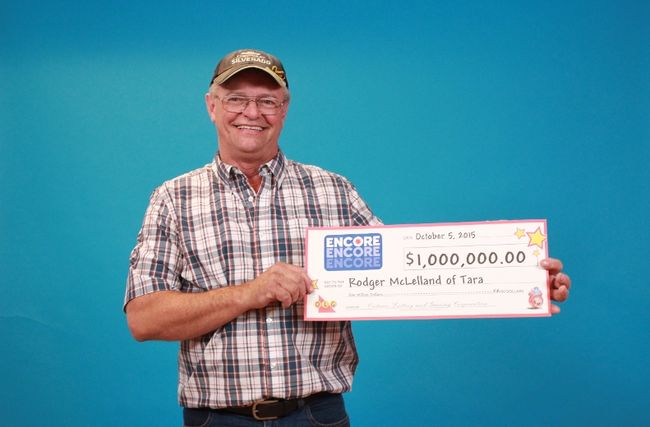 The cost of buying tickets doesn’t affect my quality of life and I don’t expect it to in the future. My total annual spend is less than $100:

On the opportunity side, winning $10 million would be life changing. Not as in “I’m going to buy two Lamborghinis and a pool full of Cheetos”, but in true financial freedom earlier than I can achieve it by saving and investing. $10 million, invested well and barring a total economic collapse, is enough to live comfortably for the rest of your life without requiring you to work on one thing or another. You could spend 100% of your work effort and a large part of your financial resources on charity.

“But That’s Dumb Because You Are Never Going To Win”

I’ve already accepted that I won’t win the lottery, which is why I’m okay spending $100 per year on it. If you are emotionally attached to the outcome of the lottery then you shouldn’t play. Emotional attachment means you haven’t accepted the statistical improbability of winning. It’s okay, you are probably more fun at parties than I am. Still, you would be better off using this money to pay off debt or saving it in an emergency fund.

So, Why Play Anyway?

There’s a saying that goes, “the biggest step you will ever take is from zero to one”, and this is true of the lottery. If you look at recent lottery winners in Canada, what do you notice? 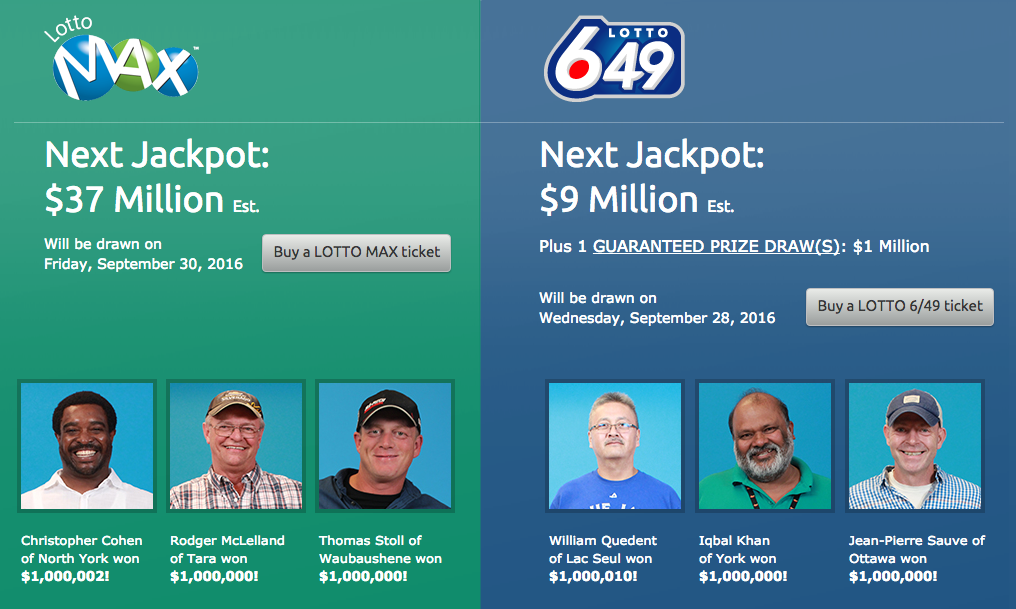 All six winners are men and appear to be age 40+. There is some ethnic diversity between the winners. I think the majority of these men could have had blue collar occupations before winning, but I’m not sure.

Do you know the one defining characteristic that makes these winners different from you?

They all bought lottery tickets.

The lottery doesn’t care about your gender, age, occupation or desire to win. The only way you can increase the probability of winning is by buying tickets. Even though Pipefitter Pete’s chances of winning the jackpot are only 1 in 14 million, Lucy Lawyer’s chances are zero because she didn’t buy a ticket. Eventually someone does win, and it will never be Lucy.

A more cynical assumption is the panel of recent winners represents demographics the lottery wants to sell more tickets to. Examples like this are effective because they tell the viewer “someone like you bought this and got results like these” with the implicit message that “you could win too.”

The Technical Setup For How I Play The Lottery

I play the Ontario lottery via the PlayOLG website. There are two options for buying tickets:

I usually play Lotto 6/49 because it takes less than one minute and the odds of winning are slightly higher compared to Lotto MAX. The probability of winning the jackpot is something like 1 in 14 million, but the chance of winning smaller prizes is much higher. I select the option for random numbers because it doesn’t matter. Sometimes the random numbers come up in a pattern like 1, 13, 14, 15, 23, 40 and I play it anyway. Even if the random numbers came up 1, 2, 3, 4, 5, 6 I would still play that ticket. I assume the random ticket generator is approximately as random as the lottery results system, and there is no set of numbers that is more likely to win than any other set.

FYI, I found this chart that shows the frequency which Lotto 6/49 numbers appear. It’s fascinating and good for thought exercises about probability and randomness, but not useful for making decisions. 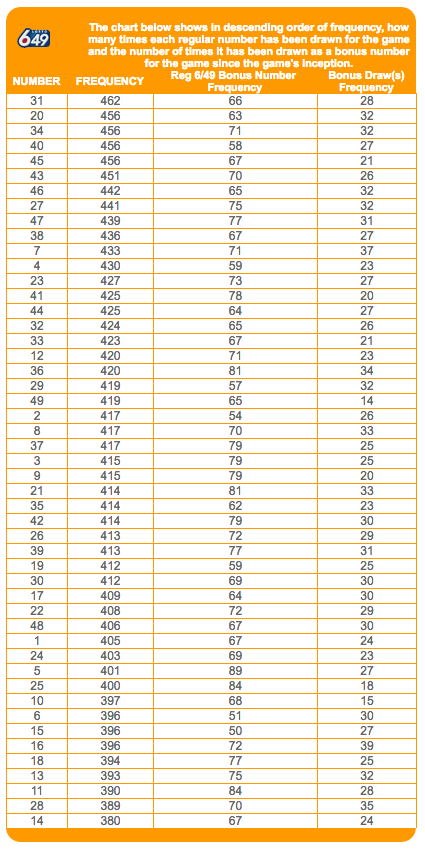 A Note on Assumptions About Lottery Ticket Buyers

I tried to verify the “blue collar” assumption and the result is inconclusive. Here is what I tried:

Here is the response from OLG:

I did find a couple of occupations for the winners. Thomas Stoll of Waubaushene appears to be, or was, an Environmental Operator. William Quedent of Lac Seul appears to be, or was, an Operations and Maintenance Manager. The information I found on Christopher Cohen of North York, Rodger McLelland of Tara, Iqbal Khan of York and Jean-Pierre Sauve of Ottawa was not reliable enough to determine occupation. To me, Rodger’s plaid shirt and Silverado cap signal “blue collar”, but he could also be a Finance Bro that likes trucks. This academic study from University of California, Berkeley indicates there isn’t a significant skew to blue collar occupations, but it’s old data.

The above assumptions are specifically about “pick 7” type lotteries, with $5 tickets and weekly drawings. The Heart and Stroke Lottery, dream home lotteries, etc. probably skew disproportionately to people that are friends of Rotary Club members.

Did this post change how you think about buying lottery tickets? Do you agree or disagree with my logic? Share this post and see what your friends think.